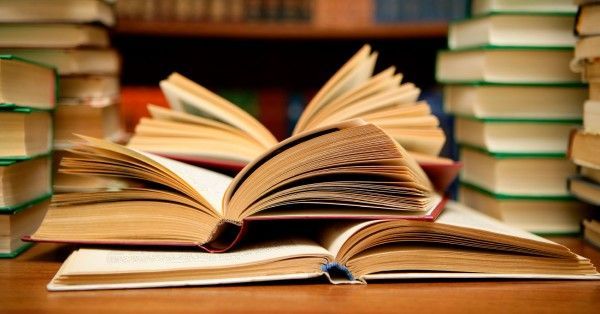 By Anonymous (not verified) 0 Comments

1. Little Women : it is a novel by American author Louisa May Alcott (1832–1888), which was originally published in two volumes in 1868 and 1869. Alcott wrote the books rapidly over several months at the request of her publisher.The novel follows the lives of four sisters—Meg, Jo, Beth, and Amy March—detailing their passage from childhood to womanhood, and is loosely based on the author and her three sisters

3. Inspector Logan: At seven levels, from Starter to Advanced, this impressive selection of carefully graded readers offers exciting reading for every student’s capabilities. A missing woman and a dead body welcome Inspector Jenny Logan to her new job with the Edinburgh police. Logan questions the husband of the dead woman and a local doctor about the murder, but can she believe what they say? Then, a piece of jewellery leads Logan to the killer.

4. Dangerous Journey: Four members of a team making a geological survey for a mining company find themselves trapped deep in a forest when they are delayed by heavy rains. Can Leon successfully lead them to safety?

5. A Little Trouble in California: This award-winning graded readers series is full of original fiction, adapted fiction and fact books especially written for teenagers. Twins, Andy and Mary, are in California on holiday with their parents. Mary takes some photos with her new camera and the twins soon discover that someone does not want to be photographed. Why?

6. Blood Diamonds: Diamonds smuggled from the bloody civil-war zones of Africa and traded illegally for weapons are known as ‘blood diamonds’. London journalists Harley Kirkpatrick and Annie Shepherd sense the scoop of a lifetime when they try to trap a deal in the diamonds. But who is trapping who and are the people involved what they seem?

7. LA Detective: Lenny Samuel, a private investigator from Los Angeles, appears in this series at all five levels, In this story, Lenny is forced to do a job for a wealthy businessman. Lenny has to make the ransom exchange for the businessman’s kidnapped daughter. But something goes wrong!

8. Mistery London: Six women are dead because of the Whitechapel Killer. Now another woman lies in a London street and there is blood everywhere. She is very ill.You are the famous detective Mycroft Pound; can you catch the killer before he escapes?

9. Starman: The empty centre of Australia. The sun is hot and there are not many people. And when Bill meets a man, alone, standing on an empty road a long way from anywhere, he is surprised and worried. And Bill is right to be worried. Because there is something strange about the man he meets. Very strange…

10. A Halloween Tale: It’s Halloween. Ben Jackson and his parents are forced to spend the night in a village called Bayley. When they arrive at the village inn, the man at the reception desk warns them to leave before it’s too late. Something strange is going on, but what? Terrible things happen in Bayley on Halloween and Ben is in for a big surprise.

11. Ten Long Years: New York private investigator Nat Marley meets a stranger who is celebrating his release from prison after a ten-year sentence. The man wants to trace an old friend and reclaim the money which the friend is holding for him. Finding the ‘friend’ turns out to be relatively easy, but getting hold of the money is quite another matter.

12. A Pretty Face: Zoe Baker works in a bookstore. She also likes acting, and she has a part in the play Romeo and Juliet. Mike Morrison writes about the play for the newspaper. What does he write about Zoe? Is Zoe a good actress … or is she just ‘a pretty face’? What does Zoe think when she reads the newspaper? What does she do?

13. Jack’s Endless Summer: It’s summer and it’s too hot to do anything. Jack doesn’t know what to do. He goes to the park, he goes to the pool, he meets his friends. This summer is really boring. Then one evening some boys hurt a hawk. Jack is the only person who can help. Suddenly Jack’s summer isn’t boring any more.

14. A New Home for Socks: When Penny moves from her home in the village to a new house in the city she has to leave her friends and pet dog behind. One day, after school, Penny finds a little puppy in the park. He is small and dirty and very frightened. Penny calls him Socks. But Penny’s new house is small and Socks can’t stay with her.
Can Penny find a new home for Socks?

15. Three Tomorrows: Three stories to make you think, set in the near future, 100 years and 1500 years from now. The end of spam – a curse or a blessing? Are people robots? What happens to the last brain in the world?

16. Good Wives: The lives of the March sisters, begun in Little Women, have moved on, The American Civil War has ended and the men have returned from the fighting. The oldest sister, Meg, is engaged to be married to John Brooke, one-time tutor to the Marches’ neighbour, Laurie Lawrence. Laurie, disappointed after being refused by the spirited and single-minded Jo, goes to Europe with his grandfather and meets up again with the youngest March sister, Amy. Meanwhile, Jo pursues a career as a writer in New York. She, too, is looking for happiness, but is drawn back to her home when she learns that her beloved sister, Beth, is dangerously ill.

17. Sally’s Phone: Sally is always running – and she has her phone with her all the time: at home, on the train, at work, at lunchtime, and at the shops. But then one afternoon suddenly she has a different phone . . . and it changes her life.

18. Tales of Alhambra: Travel back in time to the Alhambra, a place of magic and mystery. Peregil, a water carrier, discovers an ancient spell to recover hidden treasure, but he isn’t the only one looking for it. Don Vincent, a poor student, finds a magic ring that leads him to the treasure of the Alhambra. Ibrahim, an Arabian astrologer, helps King Aben Habuz conquer his enemies, but the king must pay the price. Washington Irving will captivate you with this collection of popular tales.

19. A Little Trouble in Dublin: This award-winning graded readers series is full of original fiction, adapted fiction and factbooks especially written for teenagers. Twins, Andy and Mary, are in Dublin on a school trip. When Mary discovers that she has been given a forged €20 note, she thinks she knows the identity of the forger. The twins start to investigate, but it soon becomes clear that the forgers know who Andy and Mary are too.

20. Bad Love: Award-winning original fiction for learners of English. At seven levels, from Starter to Advanced, this impressive selection of carefully graded readers offers exciting reading for every student’s capabilities. Detective Flick Laine meets handsome Dr Jack Daly at a party in Denver, USA. When Daly calls later, inviting her to meet him to ‘talk about something’, she accepts. But before they can talk, the doctor is found dead in an apparent case of suicide. Flick is put in charge of the investigation. How did the doctor die? And what has love to do with it?

21. Gulliver’s Travels in Lilliput: When Gulliver’s ship, The Antelope, sinks in the Far East, he is forced to swim to the strange, miniature land of Lilliput, where he is held a prisoner! In order to escape, Gulliver must befriend and learn the language of the tiny people of Lilliput.

22. Next Door to Love: Stella is curious about her attractive new London neighbour, Tony. She gradually gets to know Tony – and also his young daughter, Daisy. But Stella and Tony’s growing relationship is threatened when Tony’s ex-wife makes plans to move away with Daisy. How can Tony keep Daisy? And how can Stella keep Tony?

23. Help! : A struggling writer and a computer with a mind of its own fight for control of the writer’s story and destiny. When Frank Wormold buys a computer to help him with his writing, he gets a lot more help than he wants. The ensuing battle of wills between himself and the computer makes Frank realise what the important things in life really are.

24. Parallel: Max Holland, an assassin for hire, receives a lucrative offer from a mysterious man. But the man’s instructions are rather strange and Max isn’t sure whether to believe him. It is the start of a job that leads Max to a very unusual place – a world where Max makes a life-changing decision.

25. The Big Picture: The right place at the right time? Photographer Ken Harada thinks so when he gets a fantastic photo of a famous sumo star who is visiting Tokyo. However, it becomes clear that somebody wants that photo badly and will do anything to get it. Life suddenly becomes very dangerous for Ken and when he develops the photo he realises why.

26. The Caribbean Life: Secret agent Ian Munro is sent to the islands of the Caribbean to discover what two notorious terrorists are doing there. He tracks down the men and their beautiful female accomplice, and then follows them as they put their plan to dominate the world into action. How can he stop them?

27. Don’t Stop Now! : A brick smashes the window of a family-run Internet café in central London. A message comes with it: “Don’t Stop Now!”. Matt, a frequent visitor to the café, offers to help Kate and her family. But Kate’s father won’t tell Matt what the message means. What is Kate’s family secret? And who are the men ready to do anything to stop Matt finding out?